Adobe has announced that the Flash utility which is used in many applications to render graphics will no longer be supported as of the end of 2020.  TeamConnect currently utilizes Flash in only one way - to display graphical (chart) reports using TeamConnect's native reporting tool.  We are therefore replacing the Flash component using HTML5.

What this means to you:  If you run any graphical (chart) reports directly from TeamConnect, they will no longer function after Adobe ends support.  You should therefore plan to upgrade your version of TeamConnect some time between now and the end of the year in order to avoid disruption.

How to know if you are using reports with Flash:  1) only reports that are run directly from the TeamConnect interface will be impacted, and only  if they were built using the native reporting tool that TeamConnect ships with. Here are some examples of how the graphical chart reports look:

NOTE:  Tabular reports and reports built in TeamConnect companion-tools BusinessObjects and TeamConnect Business Intelligence Dashboards  are not impacted!  If you use other third party tools to create reports from TeamConnect data, you should check with the software vendor to ensure you will not be impacted by the loss of Flash support.

What if you're still not sure?  Contact  Angela.Gossen@mitratech.com for assistance.

How to go about upgrading:  Reach out to Angela.Gossen@mitratech.com  Our team will help you assess your needed upgrade path and get you on the schedule.

What version(s) of TeamConnect are being updated, and when are those being released?

We urge all impacted customers to contact us now to ensure we can schedule your upgrade in plenty of time before 12/31/2020.

Are there other differences between the old Flash-based reports and the new non-Flash ones?

Yes, but just a few: 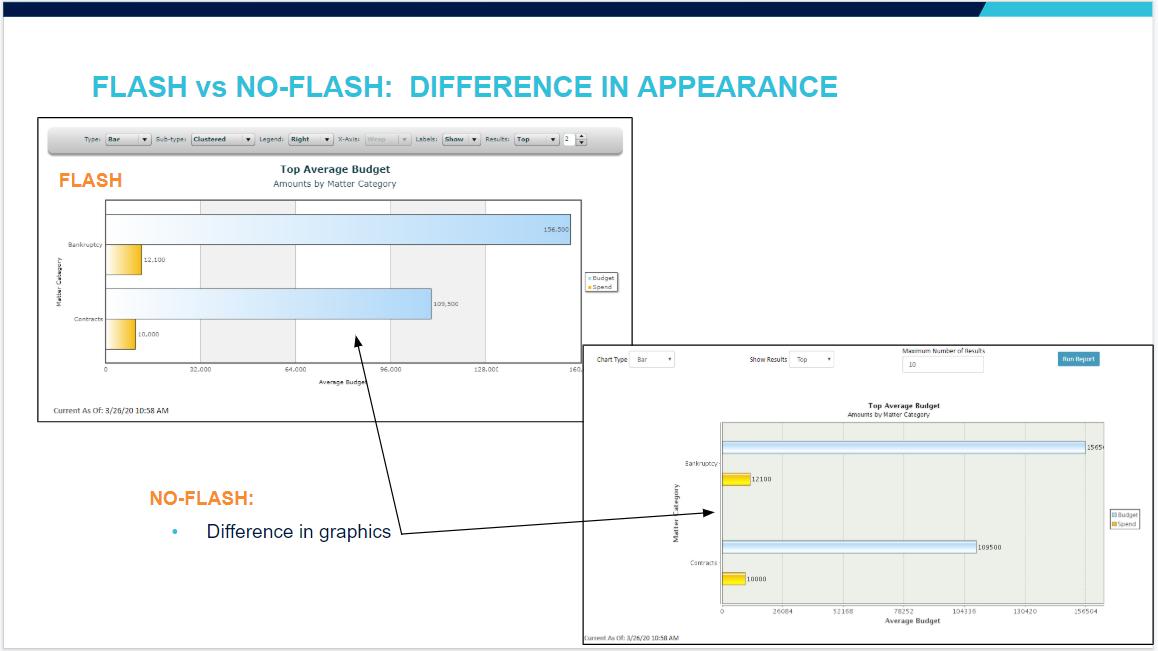 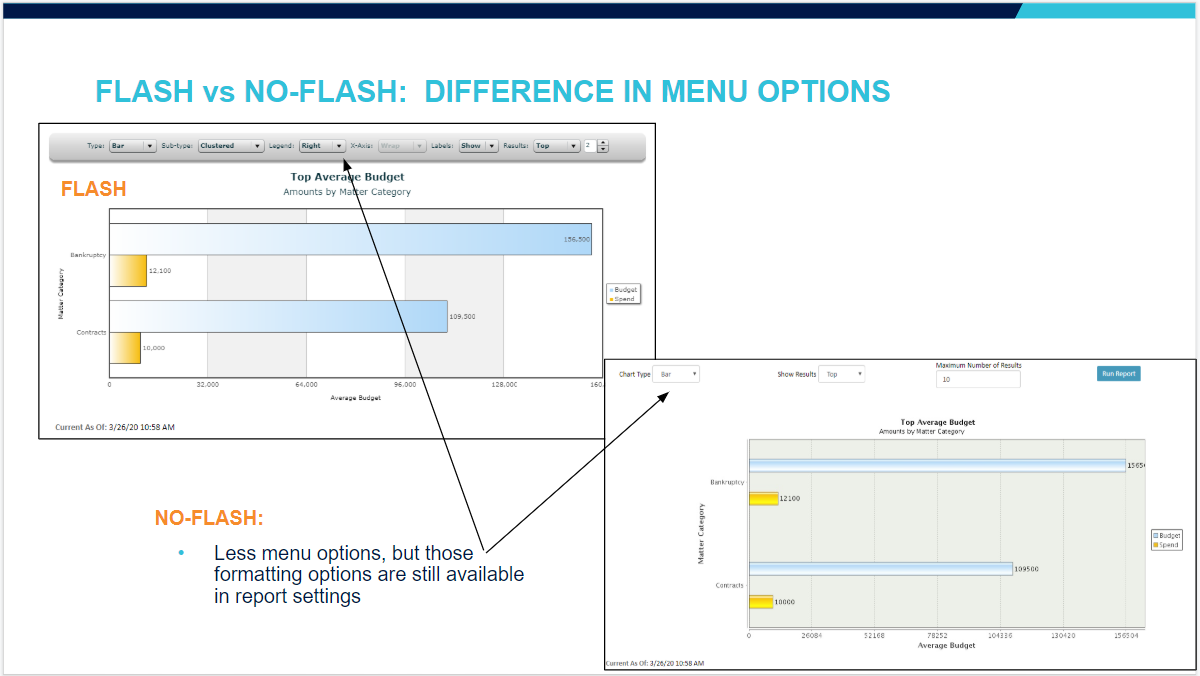 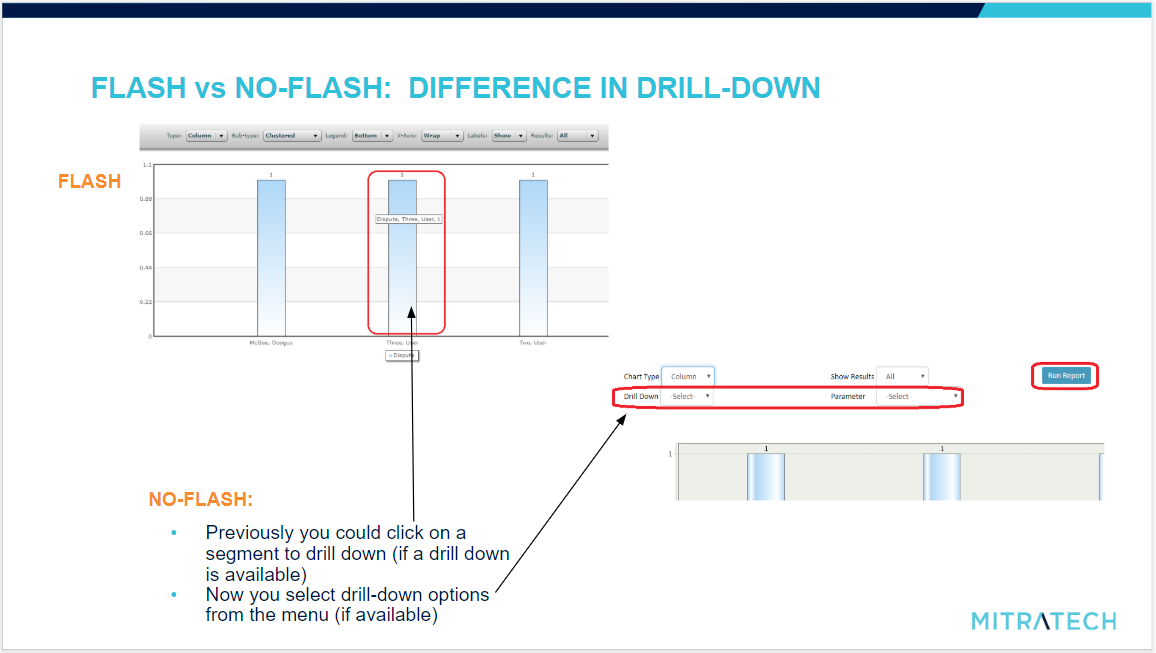